Picking up right where the previous collection left off, Lucy Weber has become the new Black Hammer. She is about to reveal what is happening to the heroes and where they are…when she abruptly disappears into thin air, with a loud “Shrack!!” She comes to in what looks like an old abandoned building, which has a bar called “The Anteroom.” As she travels through mystic realms like Hell and Storyland, the others investigate in town to try to uncover the evidence she had found and was about to reveal. Lemire has some fun with his history by having Lucy open a door into the world of Sweet Tooth, his older Vertigo series (“Nice place,” she comments). When she finds her way back to the Farm, the other heroes have figured out that Madame Butterfly was the one responsible for their situation. They soon are shown the truth. It involves the Para-Zone, which also explains the apparent involvement of Colonel Weird. He surprises them all with his next move, which may affect not only them, but the whole world. 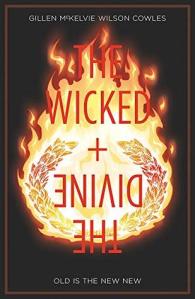 The penultimate collection for the series, this fulfill’s the creative team’s promise to collect all of the Specials. The Specials were published during the series run, and were primarily historical, each exploring the end of one of the previous pantheons, with guest artists. The original single issues were intended to juxtapose with then-current regular single issues, expanding the story with historical context. For this collection they are presented in chronological order (with a guide to reading them in their original single-issue order). The volume is rounded out with the Christmas annual (showing some cut scenes) and The Funnies (which is a wacky end-of-term party). The historical Specials mainly serve to illustrate Ananke’s role throughout history. But they’re all visually striking, with spectacular work from the guest artists. The 1923 episode is notable for presenting a visual record of the entire pantheon, as well as a blend of text and visual storytelling. Among the improbable Funnies is a Scooby-Doo episode, but it’s far from the craziest one. As usual the collection concludes with a gallery of variant covers and character sketches. 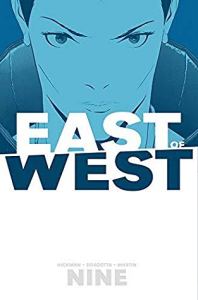 This is described as the penultimate volume in the series, so the end is truly near–a somewhat ironic thing to say about a series that has always been about the end of the world.  As one would expect, there are big moves here. The House of Mao advances on the Native American Endless Nation; the Four Horsemen of the Apocalypse are divided, with War in direct conflict with their estranged member Death; Death faces down the reawakened cyborg Psalms; and President Archibald Chamberlain of the Confederate States of America is preparing to make a move on all of the weakened forces. There is also some history, as we see Prince John Freeman when he first met Wolf. Sharra finds a way to save John in the present, offering his brother to the assassin’s bullet of The Ranger. At the Valley of the Gods–where The Message was first received–a final battle among the Horsemen occurs, although it takes Death off the table without the epic battle with War that was expected. 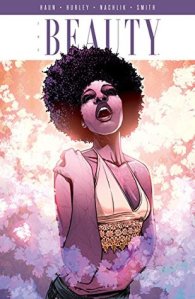 The series has a pattern of beginning with a stand-alone story, with a different artist than the others. This time it’s a story about fixer and assassin Calaveras (they guy who wears a death’s head mask when he’s working), and it is illustrated by new artist Matthew Dow Smith. Smith has an approach new to the series, a dramatic style with heavy black lines and shadows (it brings Vertigo to mind).

The main story is about a podcaster named Cooper Mack, illustrated by Thomas Nachlik, returning from the previous volume. He and his partners have just completed a successful first season of “The Offense,” and are looking for a topic for the second season. When a pharmaceutical engineer who works for Abericcorp contacts them with the truth about The Beauty, they are convinced they have found it. The story leads back to Dr. Doreen Palmer, a power broker we have seen before (she was also the hostage in the opening story). She and her organization have much more to gain by controlling the disease than by curing it. Undercover meetings and industrial espionage follow, but as soon as Palmer becomes aware that something is happening it seems likely that things will not go well for the journalist and his source. There is a nice little twist at the end, which brings the opening story back into the main narrative.