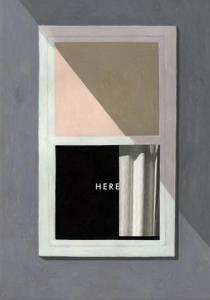 Finally got around to reading Richard McGuire’s Here. It follows the events that take place in a room in a house over hundreds of thousands of years (or the space it would occupy). Which means there are prehistoric scenes with no human habitation, two different houses (after the earlier one burns down), and a distant future with no house and apparently a radically different human society. But the most amazing thing is the way McGuire overlaps the different time periods, often echoing each other. Someone hears a sound being made in a different time; different generations of children play and dance in the room; generations of women pose with their infant children. The different time periods are suggested very simply, with changes in furnishings and decoration, and different clothing styles. It’s a remarkable book. I highly recommend it. 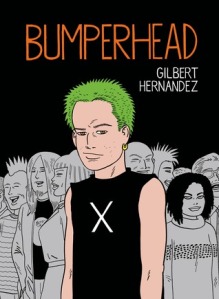 Gilbert Hernandez’s Bumperhead is something of a companion piece to his Marble Season. The earlier book followed the life of a preteen named Huey. Bumperhead covers Bobby’s life from elementary school to middle age, but the main focus is on his teenage years and young adulthood after high school. His nickname “Bumperhead” is slang for someone who copies what he sees others doing. He goes through one phase after another, changing lifestyles and musical tastes, one notable period being the punk phase depicted on the cover. As always the story is mainly about relationships: Bobby’s friends and girlfriends, and especially his sometimes stormy one with his father (who spends a good deal of the book away in Mexico). He spends a good deal of the book dissatisfied and angry, and is not often given to self-examination. It is only at the end that he reflects that it’s been a good life, and he can’t remember what he was angry about. 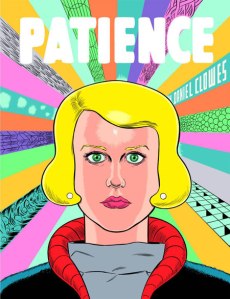 This graphic novel starts out looking like a small-scale love story. It’s 2012, and young married couple Patience and Jack have just found out that Patience is pregnant; Jack is hiding the fact that he is getting by handing out flyers for an hourly wage. Then he comes home from work to find her dead after an apparent burglary. But the police are so convinced Jack did it that they don’t even bother investigating further. After his release he becomes obsessed with finding the killer, which in 2029 eventually leads him to someone who has invented a time machine. That’s when they story really enters science fiction territory. Jack jumps back to 2006. He becomes much too involved in history, which results in an unplanned jump back to 1985. There he somehow finds someone capable of making the chemical needed for another jump, and returns to 2012 to finally make things right–based on everything he has learned about the likely killer. The conclusion is pretty metaphysical, but it is at least clear that Jack has succeeded in saving Patience and his child. The murder is a rather cliched story driver, but the time travel paradoxes are cleverly handled. Jack is almost an antihero: he doesn’t care who gets hurt, as long as his wife and child are safe. 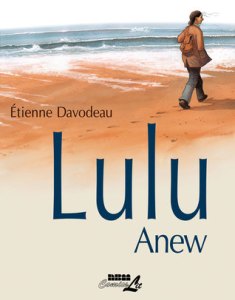 Étienne Davodeau’s Lulu Anew is a lovely character study. The title character is a middle aged woman, fed up with her marriage and her life. After a failed job interview she abruptly decides not to come home right away. She accepts an offer to ride along to the coast, and there the adventure really begins. She takes a lover, then moves on and befriends an old woman who gives her a place to stay. All along the way she meets new people, and begins both to relax and open herself to new experiences. It really is a coming of age story, but with a much older protagonist than usual. When she finally returns home there is considerable drama, as well as a mystery that does not get resolved until almost the end. I recently read Davodeau’s The Inititates, which was also an interesting character study, but Lulu Anew was far more emotionally involving.